May Allah protect you from the people of Allah[No3]

May Allah protect you from the people of Allah

For a long time, there was a topic in my mind which I thought of writing about many times, but my eternal cheapness kept coming up. But a few days ago, a video of a Mufti The video of this mufti having sex with a student has gone viral. I have not seen that video. Nor am I interested in watching this video. But what I read about this video did not blow my mind at all, I was not surprised in any way and I was not very angry. The reason is that such incidents happen all the time. But we have been blindsided by the Maulvis so we do not see these incidents. 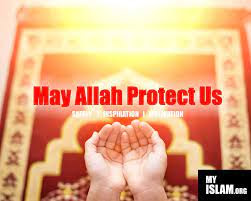 According to student Sabir Mufti, he has been forced to have sex and threatened to kill him if he did not say so. It is apparently a crime for a student to remain silent for such a long time, but if this student dares to tell late, and tell the administration what the mufti did. So which of these allegations did the administration need to consider? I am not at all surprised that the Mufti did this, but I am amazed at the student for how he created such courage in himself, and I am sorry for the Nazim of the madrassa that he did so much for the student. Why not pay attention to the big complaint. The truth was that this complaint would have been addressed and the administration would have personally investigated it. But for the administration, it was nothing like that. But perhaps it was better for the administration to remain indifferent, so that the pool of the administration was opened, how capable it is to run a madrassa. Otherwise, after the departure of this student, another student would have been targeted by the Mufti. I do not know how true the Mufti is in his statement but I am so sure that the student is not lying. But whatever the evidence, is it enough to just expel the mufti from the madrassa? Rather, it should be a sharia punishment that extremists support religiously. That it is not a new thing for scholars to perform such acts. Many Maulvis continue to do these non-Shariah acts with a Shariah understanding. There are many incidents in my own knowledge which I am ashamed to mention. As I write this column, I am deeply saddened. That this will be the only column in my writing that I am very ashamed to write, what I am giving my reader to read, what I am telling them, how much the guardian of my religion is going to dig. But the truth can not be turned away. And telling the truth, I am very sad.

Few people may be aware of this fact, but the fact is that the Maulvis touch the children in an imperceptible way, treat them badly. Sometimes a Maulvi, after abusing a child studying in a madrassa, throws him in a well in the mosque. So a Maulvi makes a child his habit. An incident that shocked me for a while. Whatever I heard, then I could not speak for a while. It was he who fell in love with a student of a madrassa. The boy entered the madrassa to memorize the Holy Quran. Due to his distance from home, he lived in a madrassa. The boy was admitted to the teaching of the Qur’an, but the unfortunate Qari taught him something else. The boy fell in love with him yesterday. He used to abuse him. The boy also got used to it. They both used to entertain each other. At first no one knew about this. But after a long time, the boy was going through the stages of age, but not at the end of his education. She was coming, the boy was reluctant to come home, even if he came home, he would be anxious to return, so the family became worried. He wanted to bring the boy back from the madrassa but the reader did not agree to send him, and the boy also flatly refused to come home. Gradually the matter came to light. The matter was with the administration of the madrassa, the neighborhood, then the police and then the court. Went to But the boy testified in court in favor of the reader. That he is not being abused, they are all lying, he stays with the reader of his own free will. By this time the boy had become an adult. Then his parents could not do anything after his statement. Now that Qari lives in another village. Qari is still associated with a madrassa and the boy lives with him.

When I heard the news of the Mufti’s video, I remembered the same boy and reader again. Such incidents happen all the time. This is nothing new, nor is it necessary to think that the Mufti is not ashamed to do all this? No, if he was ashamed, why would he do all this? These beastly people are everywhere in disguise. And do not blame the devil for that. The devil is not involved in this whole story. I am jealous of a boy named Sabir who dared to reveal the truth of the Mufti. Who exposed the mufti instead of being blackmailed. Even though it was too late, if this student still did not have this courage in himself, then tomorrow someone else would have been patient and this is the Mufti. Are killed. But no one doubts Maulvi. Mufti’s video is getting a lot of attention when it comes out. But is this the first time? No, most of these beastly people are hiding in the guise of religion, they are lying in wait, and they are waging war. And most of their victims are innocent children. But Maulvi is associated with religion so people blindly believe in it, and no one even thinks that Maulvi will do bad deeds. That is why no one keeps an eye on it and it is our fault that we do not take it off the head again.

But the question is that when a common man commits such a sin, the contractors of religion run after him so that he cannot escape. Then these people become gods themselves and these religious contractors have no forgiveness for the sinner. But when the counterparts of these religious contractors commit such a crime, they keep quiet. And then no religious extremist rises up to punish them. Where does that religious extremist group disappear when the people sitting in the madrassas misbehave with ‘religion’ in the name of religion? Remember the sanctity of the Qur’an, do not respect the religion. God does not remember, nor to respond to the command of the Prophet. I am strongly against the growth of immorality in the society. But when religion card users are obscene, then bullies look good. I find this good in bullies. That they do not hide what they are. If they do bad things, they do it on the injury of Dhanka. At least don’t wear a hat or a rosary. They cover their faces with the cloak of religion and do not resort to tasbeeh.

Some people pretend that there is no one better than them. And God knows that as much as he pretends to be … a sharia beard, a hat on his head, a rosary in his hand, there is no evil hidden in the eyes of those who look at people and speak loudly about God. See, because people find it rude to look them in the eye. But may Allah protect them from such people. But often these red strings reveal the evil inside them, but not when someone opens their eyes.

Don’t blindly trust the people to whom you send your children for education. Please keep a check and balance on them. If there is any doubt or any girl or boy complains like this, don’t consider the Maulvi as credible. The other may not be a liar. The day people open their eyes, there will be no need to make such a video. Many patients will see for themselves. That there are many Sabirs and there is no shortage of such Maulvis. If no reasonable steps are taken to stop them, then they will only increase.