ISLAMABAD : The Financial Action Task Force (FATF) has decided to keep Pakistan on the gray list despite implementing 26 out of 27 points. People raised questions. 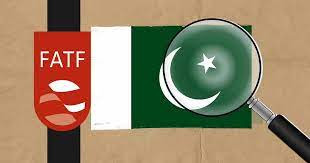 Reacting to the FATF’s decision, senior journalists, politicians and activists expressed surprise on the social networking site Twitter and also questioned the integrity of the FATF. Senior journalist Mubashir Zaidi questioned that Pakistan What is the reason for keeping it on the gray list when it has implemented the 26 out of 27 points of the FATF action plan. The FATF gray list will be maintained and this is a way to twist the arm, our house is in good order and there is no need to compromise on our freedom.

Analyst Jan Achakzai also condemned the FATF’s decision, saying it was a weapon against Pakistan. Senior journalist Zarar Khoro said the FATF was, was and will remain the main tool of geopolitical pressure. Former President General (retd) Pervez Musharraf’s official account was told that FATF was being used to blackmail Pakistan.

Leading singer Ali Zafar also expressed surprise and asked if in fact? Another user said that the credibility of the FATF could be questioned because despite Pakistan’s commitment and meeting the targets of the task force, it Pakistan has been on the FATF gray list since 2018 due to shortcomings in the fight against terrorism and money laundering.