Leading actress of the past Begum Khurshid Shahid has passed away 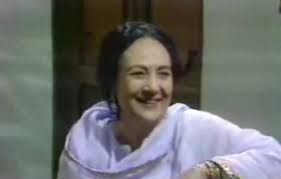 Begum Khurshid was born on November 19, 1931. She started her artistic career with All India Radio and awakened the magic of sound. She was a student of Roshan Ara Begum. Later, she also appeared on television as an actress. People still remember his play in the name of oral relief. He acted in several films including Spark and Bhola Saajan.

The actress was awarded the Presidential Medal of Excellence in 1995 by the Government of Pakistan.