QUETTA : Six laborers were abducted from Margit area on the outskirts of Quetta, the provincial capital of Balochistan. 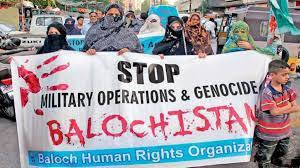 Private TV Geo News, citing Levies sources, claimed that six workers were working on a mobile phone tower in the Margit area from where they were abducted by unknown gunmen. Sources said that the kidnappers have released three laborers but three laborers are still missing and efforts are being made to find them