Hassan Ali had agreed to apologize but Younis Khan locked himself in a room. Another important claim came to light.

Lahore : News of bitter rhetoric between former batting coach Younis Khan and bowler Hassan Ali has been circulating for the past few days. Were gone 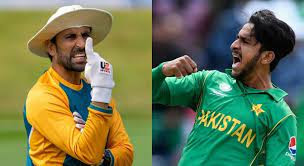