Only if Justice Qazi Faiz Issa makes a statement will the grant be granted.

Lahore : Secretary Lahore High Court Bar Khawaja Mohsin Abbas has alleged that the grant of the bar has been made conditional on a statement and resolution against Justice Qazi Faiz Issa. 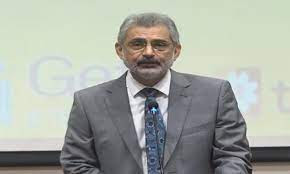 Talking to private TV Geo News, Khawaja Mohsin Abbas said that the condition for issuing the grant to the Lahore High Court Bar by the Law Ministry was that a statement should be made against Supreme Court Judge Qazi Faiz Issa and the resolution passed Be done When the Bar Council administration refused to comply with the government’s condition, the law ministry made a check for only Rs 4 million instead of issuing a grant of crores of rupees.

On the other hand, Federal Law Minister Forough Naseem has denied the allegations and said that grants are issued to bar councils without any political discrimination