London : Head coach Misbah-ul-Haq also reacted to the case of Younis Khan who resigned from the post of batting coach of the national cricket team. 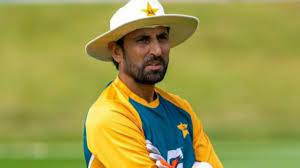 He said that he did not want to talk about Younis Khan’s case but his experience was very good for young players. He said in a meaningful way that everything is settled between Pakistan Cricket Board and Younis, now We have to move forward with this fact and focus on the resources available to us.

It is to be noted that during the tour of South Africa, rumors of bitter rhetoric were circulating between Younis Khan and Hassan Ali and Younis Khan had insisted on joining the bio-bubble late for the tour of England due to which the PCB and Younis Things got worse between Khan.