A 29-year-old model tortured body was found from a home in DHA Phase 5, which was likely beaten and killed, police started investigating various aspects including abuse and robbery. 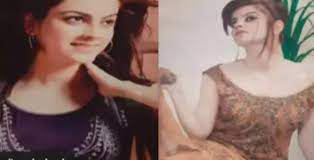 LAHORE: A 29-year-old model was killed in Lahore, the capital of Punjab province, police said. According to details, the tortured body of a 29-year-old model was found from a house in DHA Phase 5 area of ​​Lahore. The body of a woman who was allegedly strangled to death was found naked in the house. He started investigation on various aspects including rape and robbery.
Police say the 29-year-old model was identified as Nayab, who lived alone in a house in DHA Phase Five, the 29-year-old Nayab’s half-sister to two brothers, who was entered by unknown individuals. He was tortured and strangled to death while the accused fled the scene after the murder.
It is reported that the police shifted the body to the morgue by Edhi Ambulance after the initial necessary action, while the murder case was registered on the complaint of the victim’s half-brother Muhammad Ali Nasir, who told her sister Nayab to eat last night He had left the house after that but when he went home early in the morning to visit his sister, the doors were closed and the window on the back side of the house was broken. When he entered the house, his sister’s body was lying in front of him.
On the other hand, the case of rape of a British girl in Wahdat Colony area of ​​Lahore became a drop scene after 4 days of noisy drinking. According to the police, the girl who registered the case not only withdrew the case but also the boy. Accused of abuse, she has also declared her husband. Earlier, the police had said that the girl who had accused her father’s friend’s son of abuse had not only gone to the UK but also belonged to Multan, while the girl herself had gone to jail. The perpetrator has a record of incorrectly entering her name, identity card number and mobile number in the FIR