Coronavirus outbreak fears on Eid, ban for Saturday from July 9 to 18 will be observed Corona SOPs and vaccination. Minister of Health Punjab Dr Yasmin Rashid

He said that the Punjab government has decided to observe Corona SOPs and Vaccination Week from July 9 to 18. A provincial control room is being set up under the supervision of Home Department to monitor Corona SOPs. Teams are also being formed to check markets, parks, restaurants, wedding halls and public places.

On the other hand, the Sindh government has issued a new order regarding Corona SOPs. It has made vaccination compulsory for entry into restaurants, cinemas and wedding halls. Those who do not show vaccination certificate will not be allowed to enter. 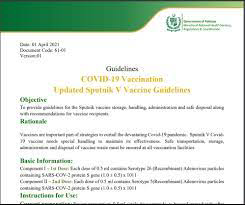 On the other hand, before Eid-ul-Adha, the number of corona cases started increasing again across the country. According to the data released by the National Command and Operations Center, 48,134 tests were carried out in the last 24 hours to diagnose corona. Corona virus was confirmed in 1828 people. The NCOC added that the number of confirmed cases of corona in the country so far has reached 971,304 out of which 912,295 patients have been cured. The Corona epidemic claimed the lives of 35 more people yesterday. Thus, the total number of deaths due to this corona epidemic in the country so far has reached 22,555. While the rate of positive cases has been recorded at 3.79%.