The Central Development Working Party gave regular approval of 2 most important Khyber Pakhtunkhwa projects DAI Khan Motorway and Dir Expressway, both projects were also included in the agenda of the tenth meeting of the Joint Code Committee to make part of the C-Pack Framework. 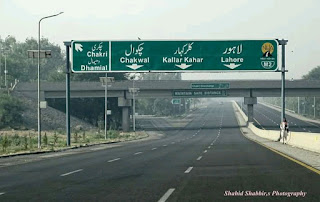 Peshawar: Construction of the country’s third longest motorway has been approved. According to details, Chief Minister Khyber Pakhtunkhwa Mehmood Khan while presiding over the meeting of the provincial cabinet on Monday said that the Central Development Working Party has given formal approval for DI Khan Motorway and Dir Expressway. The Chief Minister termed the approval of these two major highways as a great achievement of the provincial government and an important milestone in the development of the province and thanked the Federal Government for approving these important project

Congratulating the people of the province on this important development, especially the people of the southern districts and Dir, he said that the completion of these highways would not only provide better transportation facilities to the people of Khyber Pakhtunkhwa It will move towards development and trade and economic activities will be promoted.
The Chief Minister further said that both the projects have been included in the agenda of the 10th meeting of the Joint Coordination Committee to be held on July 16 to be a part of the C-Pac Framework and it is hoped that these projects will be part of the C-Pac Framework.
The Chief Minister directed the concerned authorities to formulate a new and comprehensive mechanism to remove the complications in the process of procurement of private land for government projects and submit it to the Cabinet for approval within a month. It may be mentioned here that DI Khan Peshawar Motorway will be the third longest motorway in the country. Will take Sources said that the PTI government is going to launch large-scale mega projects in the last two years before the elections, including several motorway projects.