Pakistan is our brother muslin country to have a good relationship, Afghan Taliban

Pakistani Taliban is not our problem. It is a problem of Pakistan, we want there to be no unrest in Pakistan, it is clear that our land will not be used against anyone, ISIS Group is our enemy. Afghan Taliban Zabiullah Mujahid spokesman 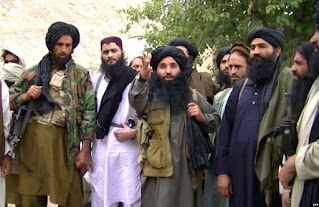 Kabul: Afghan Taliban spokesman Zabihullah Mujahid has said that Pakistan is our brotherly Muslim country, they want good relations, Pakistani Taliban is not our problem, it is Pakistan’s problem, we want no unrest in Pakistan, he clarified. That our land will not be used against anyone, ISIS group is our enemy.
“We have a negotiating team in Doha. We hope the negotiations will be successful. If not forced, we will not take drastic steps,” he said in a statement. Citizens will not harm the people, will give all the sharia and economic rights of women, will protect the rights of all citizens, Islam gives rights to minorities and will stick to it.
Afghan Taliban spokesman Zabihullah Mujahid said that Pakistan is our brotherly Muslim country, our values ​​are common, Pakistan is our second home, Pakistan is hosting millions of refugees, they want good relations with Pakistan.
I want to make it clear once again that my land will not be used against anyone. He said that Pakistani Taliban is not our problem, it is Pakistan’s problem, we do not want any unrest in Pakistan. The spokesman of Afghan Taliban said that ISIS group is our enemy and all Islamic countries are against it. On the other hand, Pakistan’s military and civilian leadership has also unequivocally declared that Pakistan’s territory will not be used against Afghanistan, the United States will not be given airports, DG ISPR Major General Babar Iftikhar also said yesterday. He said that India was propagating that the cause of Afghanistan’s problems was Pakistan, while India was seeing its investment in Afghanistan sinking.
Everyone knows that there is ISIS and TTP in Afghanistan, America should have withdrawn from responsibility, if there is a civil war in Afghanistan, no one will benefit, Pakistan will not allow its land to be used against anyone, US bases The question does not arise. He said that Pakistan sincerely tried to advance the peace process, Pakistan’s role in advancing the peace process was key, it is up to the people of Afghanistan to decide how to move forward, Pakistan will not support any faction. Pakistan has been playing the role of facilitator in the peace process, the United States has withdrawn from Afghanistan, now the Afghan parties must work together to find a solution to the problem.