This problem in Pakistan is a focus center on which everyone in Washington is surprised, Western diplomat 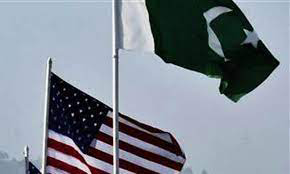 ISLAMABAD: Western diplomats say that the United States has never asked for military bases in Pakistan. The issue has become the focus of attention in Pakistan which has taken everyone by surprise in Washington. According to details, Western diplomats say that The United States has never asked for a military base in Pakistan, a senior Western diplomat said on condition of anonymity, adding that there was not a single person in the US administration who had asked for a military base. The issue is the focus of attention in Pakistan.
He said that everyone in Washington was shocked by the discussion on this issue in Pakistan and the hashtag Absolutely Note campaign. According to reliable sources, the United States has formally informed Islamabad of its concerns over the military operation.
Over the past few months, as the date for the withdrawal of US troops from Afghanistan approaches, there has been a debate among Pakistani policymakers over whether the United States has allegedly requested military bases in Pakistan.
According to a recent report in the New York Times, CIA Director William J. Burns spoke directly with Pakistan’s Chief of Army Staff and the head of the ISI about the issue. However, the talks stalled when US officials Feeling that their Pakistani counterparts are hesitant, in May, Foreign Minister Shah Mehmood Qureshi announced in Parliament that the United States would not be allowed to build a military base as long as Prime Minister Imran Khan was in power. ۔
A senior Western diplomat said it was a matter of controversy that the problem did not exist. He was asked about the perception in Pakistan that the United States was in a hurry to withdraw from Afghanistan. He said it was a ploy to blame others for the deteriorating law and order situation in Afghanistan.
Updates on the deteriorating situation in Afghanistan