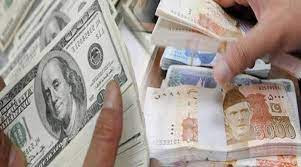 Karachi: The highest annual increase of 18 years in remittances in FY 21, a record of 27 per cent increase in remittance, Pakistan received more than 29 billion 40 crore dollars yesterday, for the first time Pakistan was able to earn 55 billion dollars in total. According to the details, the record of remittances in Pakistan’s foreign exchange has been received in June 2nd.
Remittance during June helped further grow due to the arrival of Eid according to the State Bank report, thus the total remittances reached the annual historic level of $29.4 billion in FY21.
Fiscal year 21 saw a significant growth of 27% in remittances as compared to the previous year, which is the fastest growth rate since FY03. According to the central bank, remittances during fiscal year 21 came mostly from Saudi Arabia (7 7.7 billion), the United Arab Emirates (6. 6.1 billion), the United Kingdom (1 4.1 billion) and the United States (7 2.7 billion).
Overall, the government and the SBP have taken proactive policy measures to encourage the use of formal means to account for the inflow of record remittances from workers during FY21, reducing cross-border travel due to Code 19, epidemics. During the remittances to Pakistan, there were well-organized market conditions. After a record rise in remittances, experts say that for the first time, Pakistan has managed to earn 55 55 billion annually from various sources.
Pakistan earned more than 55 55 billion in foreign exchange through remittances of more than 29 29 billion, more than 25 25 billion in exports and more than ڈی 1.5 billion in bright digital accounts, while foreign exchange earned from foreign direct investment. In addition.