According to details, head coach of the national cricket team Misbah-ul-Haq while giving a virtual press conference said that such performance can never be defended.

“The whole team is to blame. We as a team have failed. The field and bowling plan has not been implemented. Missing a catch in a difficult situation can lead to losses,” he said.
The head coach of the national cricket team said that the first two matches were lost due to conditions, there was a big total which we should have defended, they won the series against South Africa but this series was completely different, we did not expect such a Will perform.

Misbah-ul-Haq said that Babar Azam and Rizwan are welcome to come in form before the T20 series. The series against England was an off-color series for us. The bowlers did not perform well in this series. We take the issue of middle order seriously. There are four solutions.

Misbah-ul-Haq, head coach of the national cricket team, said that it was not right to remove anyone after a series or a few matches. Winning several series, winning matches and losing is part of the game. 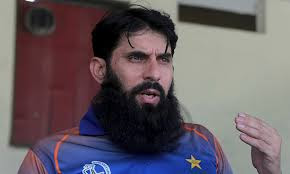