Fawad Chaudhry says that Imran Khan’s efforts for peace in Afghanistan are ongoing. 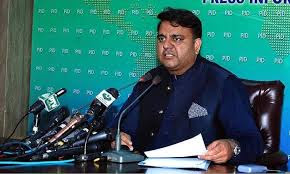 He said that during a meeting between Prime Minister Imran Khan and Uzbek President Shavkat Mirziyoyev yesterday, they had expressed interest in establishing a train service from Tashkent to Gwadar and a truck transport system from Karachi to Tashkent. Foreign ministers and heads of state from 22 countries are here.

Fawad Chaudhry has said that they will discuss trade and economic facilitation, Prime Minister Imran Khan and Afghan President Ashraf Ghani are also expected to meet, important issues will be discussed in the meeting.

“We are trying to bring peace to Afghanistan so that regional ties can be improved. With peace in Afghanistan, we are connected to Central Asia. Inshallah, it will be fruitful soon,” he added.