The culprits of the Kohistan bus attack have not been caught yet. If Pakistan does not have the capacity to catch these culprits, then Chinese missiles and special forces can take action. Chinese state media editor-in-chief Ho Chi Minh warns 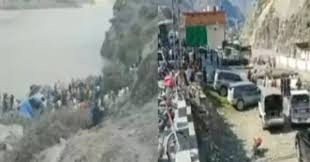 BEIJING: Nine Chinese and four Pakistanis, including two FC men and two laborers, were killed when a bus belonging to a company working at the Dasu Dam crashed into a ditch in Dasu a few days ago. The investigation is still ongoing, although it was initially called an accident by the Pakistani government, but foreign media reported the opposite, claiming that the Chinese workers’ bus was attacked as part of a formal plan.

Federal Minister for Information Fawad Chaudhry said that the preliminary investigation into the Dasu incident had confirmed the presence of explosives, ignoring the terrorism aspect in the incident. Can not be done.

In all these circumstances, China also decided to join the investigation of the Dasu incident and demanded from the government of Pakistan to expose and punish the elements involved in the incident.

In this regard, the editor-in-chief of China’s official newspaper Global Times expressed his outrage by tweeting on the social networking site Twitter. He said that the perpetrators of the Kohistan bus attack have not been caught yet, if these perpetrators are caught in Pakistan. If there is no capability, then Chinese missiles and special forces can operate.