ICC T20 World Cup groups have been announced that Pakistan and India have been added to the same group. 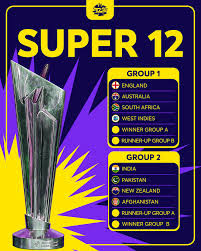 According to the groups made by ICC, Pakistan and India’s teams are among the group two of Super 12 together, besides New Zealand and Afghanistan teams are also present in such a group.

It should be noted that two more teams in the group Two will join the Raiwind One.