The captain of the national team is the batsman who has scored 20 fifty plus in the shortest innings in the T20 format. 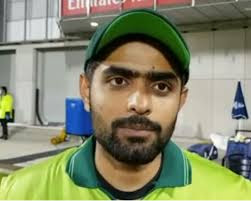 Babar Azam played a brilliant 85-run innings in the first T20 match against England yesterday. He has so far scored 2120 runs in 55 T20 matches at an average of 48.18 and a strike rate of 131.02, including a century and 19 half-centuries. Babar Azam broke the record of Indian captain Virat Kohli for scoring the most runs in the first 53 T20 innings, scoring 1983 runs. With fourth place.

Babar Azam is the batsman to score 20 fifty plus in the shortest innings in the T20 format, he did it in 53 innings while Virat Kohli had 62 innings and his compatriot Rohit Sharma had 84 innings to reach here. Had to play