The sun of July 25 will be the sun of the victory of Pakistan Tehreek-e-Insaf, Shahbaz Gill

Dr. Shahbaz Gill, Special Assistant to the Prime Minister for Political Media, said that the sun of July 25 will be the sun of victory of Pakistan Tehreek-e-Insaf. 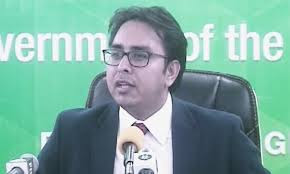 According to details, Dr. Shahbaz Gill, Special Assistant to the Prime Minister for Political Communications, while reacting to Maryam Safdar’s statement, said that after Gilgit, the days of incompetent politics are numbered in Kashmir as well. The person sitting will have to pay a penny.

He said that instead of paying the dues of Kashmir, those who met Sajjan Jundal today are asking Kashmiris for votes. Standing in Kashmir and spreading Indian rhetoric is a shameful act. Started a vile statement called partition of Kashmir.

Dr. Shahbaz Gill further said that Imran Khan is the one who has exposed the ugly face of India all over the world. Even today, in Tashkent, an Indian journalist has exposed the RSS ideology in response to a question. Preaching will not get votes.