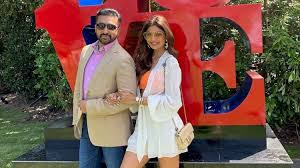 The Crime Branch had called Raj Kundra for questioning the case.

In this regard, police say that the case of making an immoral film against Raj Kundra was listed this year in February and they are also the key roles of the case.

However, the police said that they also have clear evidence against Raj Kundra.

On the other hand, after the arrest of Raj Kundra, the statement of the ongoing Mumbai Police has also been said that further investigations are underway in this case.

It should be noted that a case regarding making an immoral film in February against Raj Kundra and spreading it through the mobile app.